Google has acquired around 184 companies as of October 2015, with its largest acquisition being the purchase of Motorola Mobility, a mobile device manufacturing company, for $12.5 billion. Not all the acquisition figures are available but aggregating all the public known amounts, Google has spent atleast 28 billion USD on acquisitions.

With the recent re-structuring, Google became a subsidiary of Alphabet Inc., which now owns most of the parts.

Using infocaptor dashboard software, we analyze the list of companies, products and services that Google has acquired since 2001.

A To Z List Of Companies Acquired By Google [Now Alphabet]

We extracted the first letter of every acquired company and plotted them as a simple bar chart. Google indeed has acquired A-Z companies. 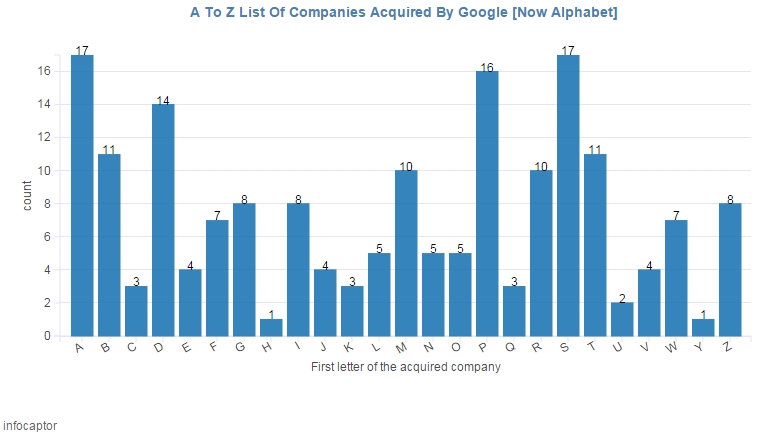 Google acquires companies in order to fill gaps in the product line or merge/integrate with their existing product lines.

Let see which companies have been integrated into multiple products and which products have consumed more than one acquired companies/products.

Starting with the largest acquisition 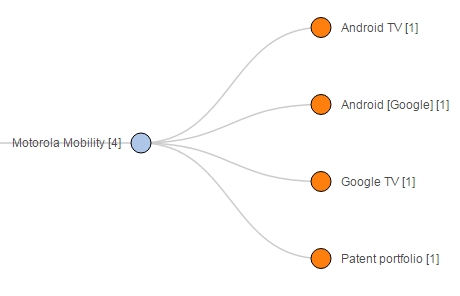 The below sankey diagram maps out the complete picture of all the acquired companies and which products/services they have been integrated within Google. 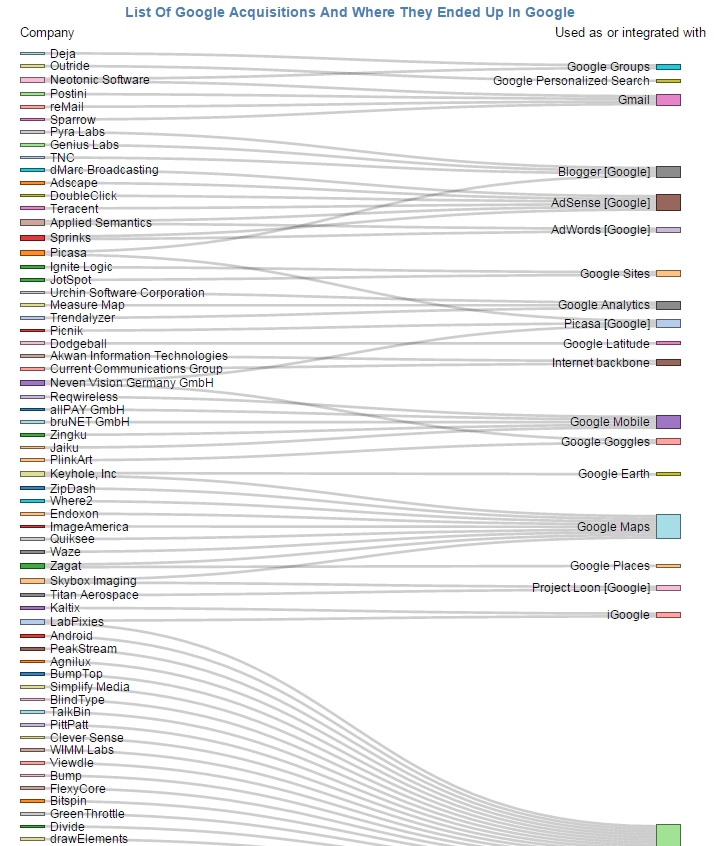 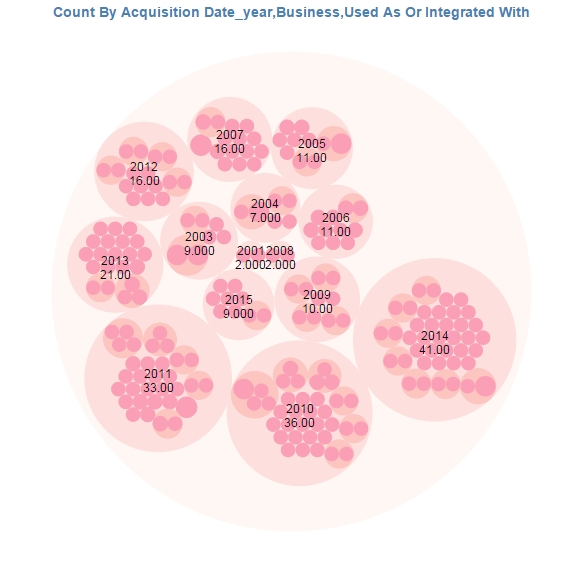 Top list of acquisitions [based on publicly known figures] 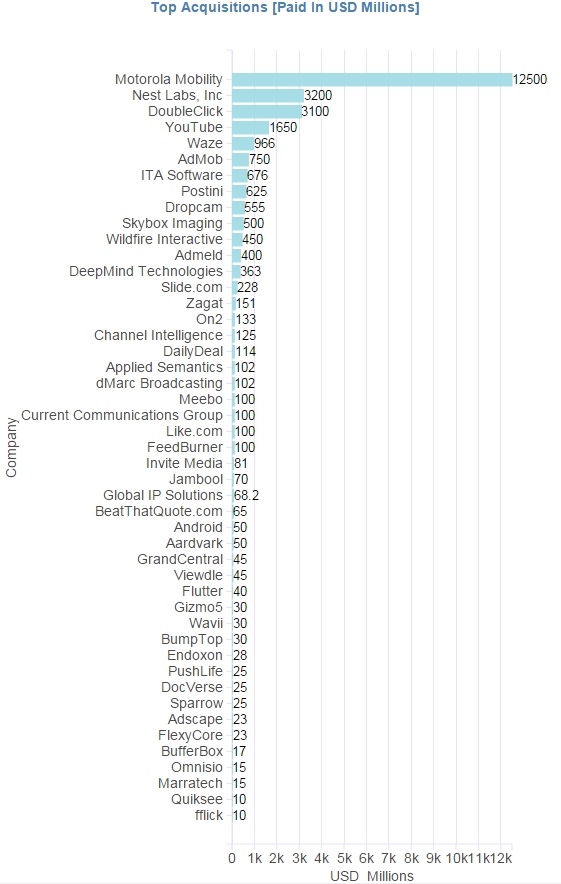 Here is the full interactive dashboard Google acquisition and mergers

Data Visualizer and Dashboard Application
40% Off Get it Now
SALE
This is the best dashboard software for its price. One good thing we did was to hire their consulting services to build few dashboard prototypes and provide some quick dashboard training.
- Terry Seal, IL
We evaluated Xcelsius and Qlikview and the cost for organization to implement dashboards was quoted over 10,000 USD. For fraction of the above quoted price, we were able to buy the licenses for the web based dashboard software and get some free training. This is truly a dashboard software for small businesses like us.
IT Manager of a Trucking company, OH
PrevHow to standardize the look and feel of dashboards using CSS templates
NextHave we lost the true meaning and purpose of Business Intelligence?Next
Build your Dashboard now