Microsoft’s first acquisition was in 1987 and it has purchased an average of six companies a year.

Data: We grabbed the above wikipedia table and loaded into infocaptor for further analysis

For lot of the deals there are no publised figures on how much Microsoft spent to acquire the target company so we also reached out to SEC.gov data for financial information to get the acquisition dollars spent. 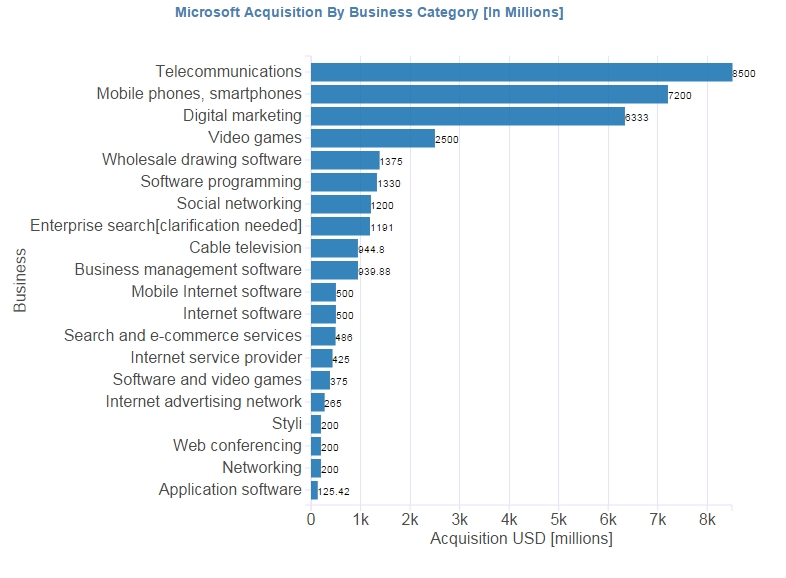 If we look into the SEC data for Microsoft and other tech companies, Microsoft spends the most in Research and Development from [by dollar] 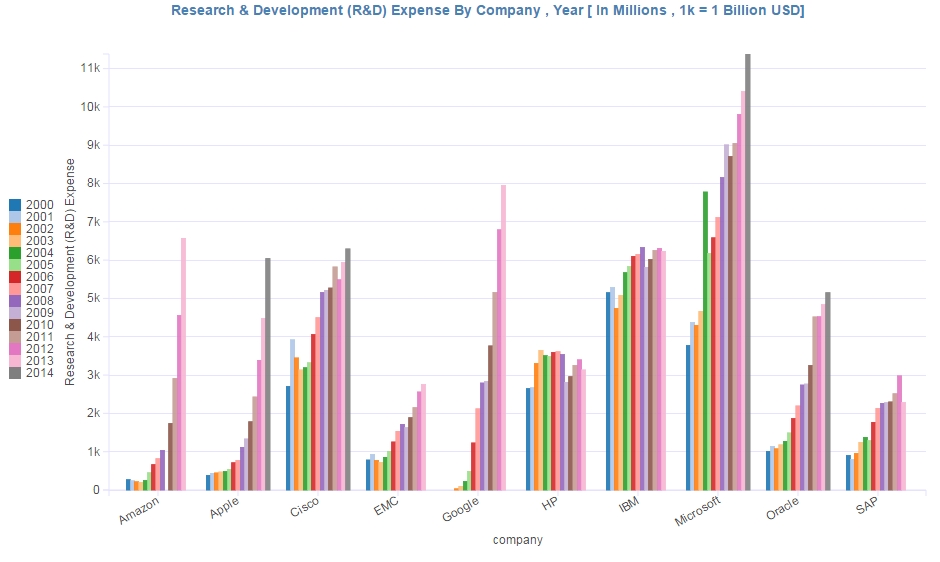 Which countries has Microsoft spent the most on acquisitions 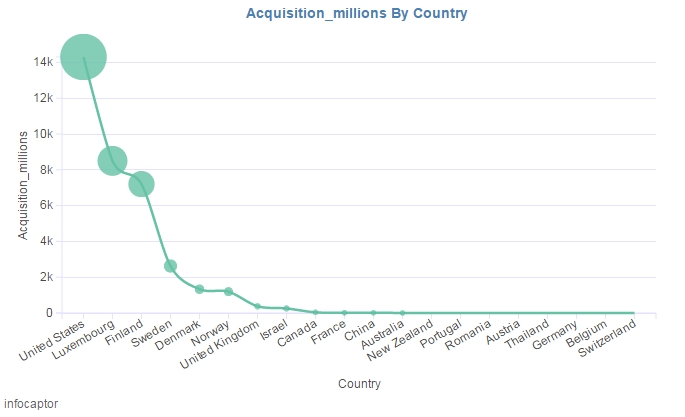 Observations: After United States, Luxembourg, Finland, Sweden, Denmark, Norway are the countries where Microsoft has spent the most in acquisitions

What are the favorite spots for Microsoft to go shopping 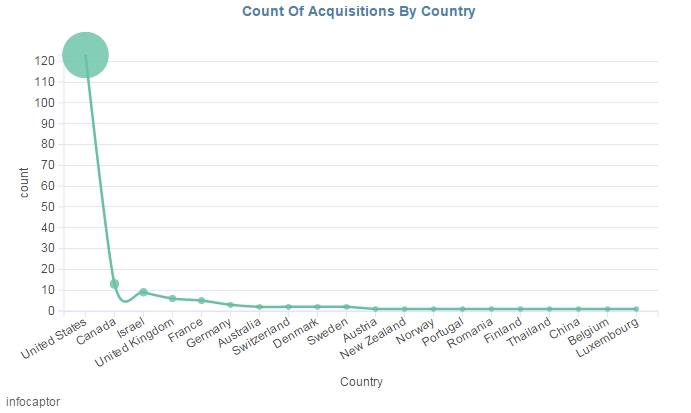 Here is the whole picture, number of acquisitions over the years

Data Visualizer and Dashboard Application
40% Off Get it Now
SALE
This is the best dashboard software for its price. One good thing we did was to hire their consulting services to build few dashboard prototypes and provide some quick dashboard training.
- Terry Seal, IL
We evaluated Xcelsius and Qlikview and the cost for organization to implement dashboards was quoted over 10,000 USD. For fraction of the above quoted price, we were able to buy the licenses for the web based dashboard software and get some free training. This is truly a dashboard software for small businesses like us.
IT Manager of a Trucking company, OH
PrevPopularity of Tea, Coffee, Beer and Wine – Visualization
NextWhat is the most dangerous food at Olive Garden?Next
Build your Dashboard now