How to build Cloropleth Maps

With the latest release of InfoCaptor Enterprise Dashboards, you can now easily build visualizations using vector maps. Without the maps, you would usually view the countries or states within the country either on a bar chart or line chart. But now you can plot them on the geographic map with simple drag and drop.

A separate collection of maps is included in the left panel where you can simply drag to your dashboard. There are around 28 maps included in this release. 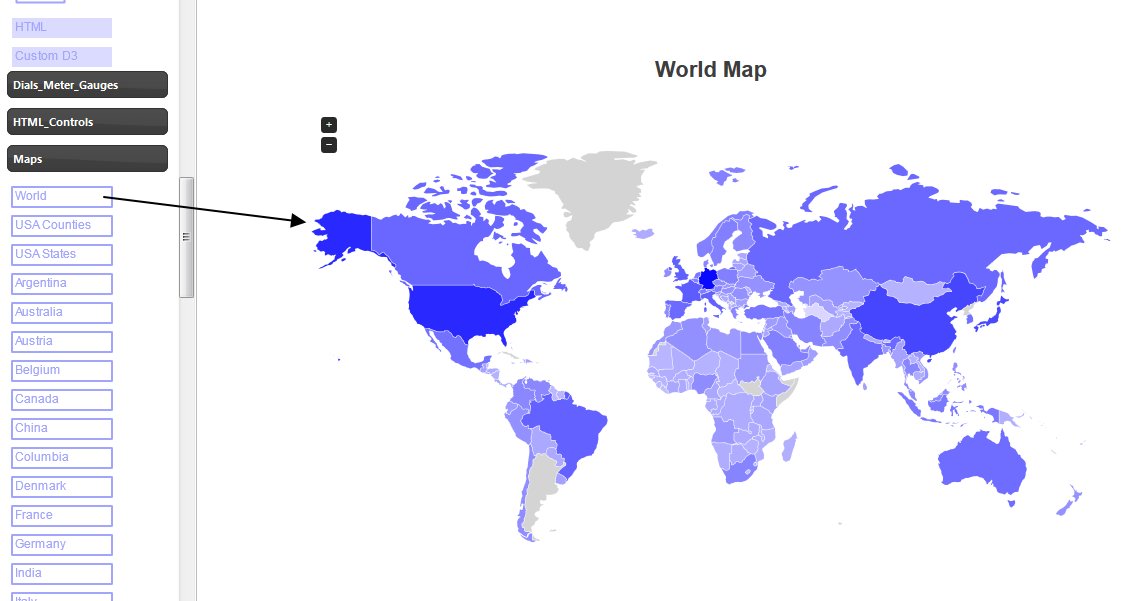 As you see, the default map is seeded with some data and it automatically does the color mapping to build the so called “cloropleth” visualization.

Right click on the map and select “Data Source” 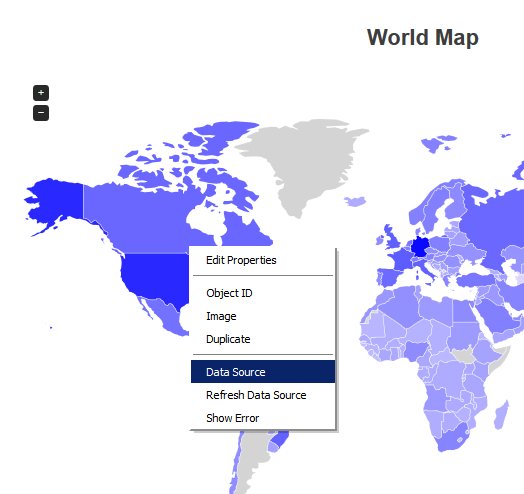 How to provide data for the map visual?

You can see that the default data is simple JSON format 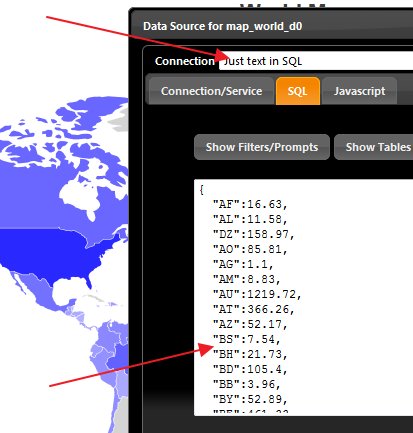 The JSON contains the two letter country code and the value corresponding to it. You can simply edit the values right here and it will update the map accordingly.

So this is static way of providing data, what if your data is stored in a database table?

To illustrate sourcing from a database table, we uploaded the same data into InfoCaptor Personal Cloud Data-Warehouse and this is how the two columns appear in a grid 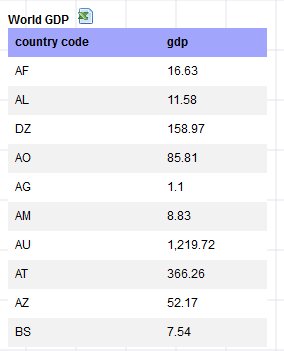 Now, we change the data source for the world map and replace static data with the SQL query

We changed the connection to “Personal Cloud” and replaced the static JSON data array with our SQL query. In the SQL, we make sure the country code is the first column.

And it instantly shows you the modified map. Now when you hover on the map it shows the tooltip with the “gdp” column name 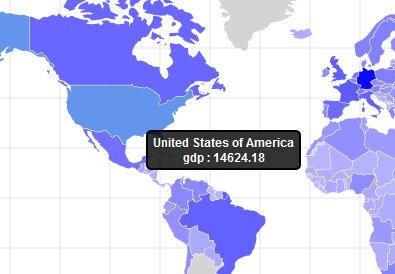 How to change the colors

Changing Map colors is also a snap. To build the cloropleth, we need two colors to scale the values and spread them in different color buckets. The two colors are provided by the fill color and the line color on the top tool bar. 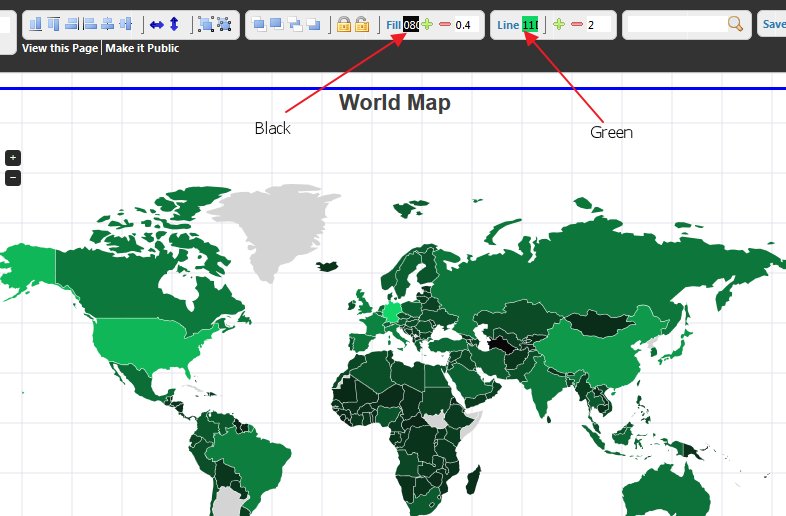 In the below, we set the first color to red and second to green 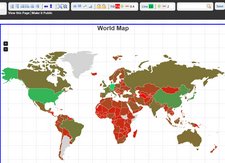 How to Change the title of the map 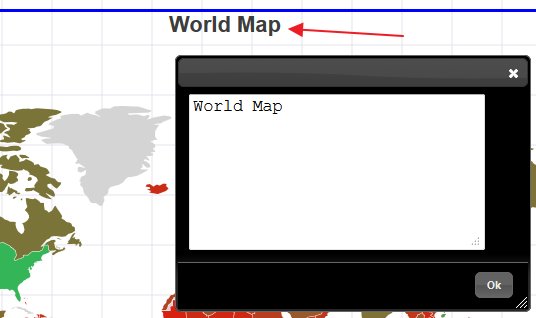 How to change the size of the map

The map is rendered as a SVG image and to provide interactivity it is layered above the parent widget. So to resize the map, the mouse cursor responds much better around the top title region. 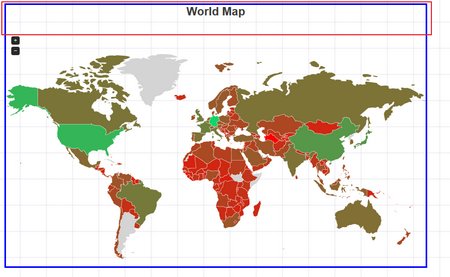 You can also add multiple maps on the same dashboard with varying sizes. There is no limit on this.

How to drill down from map to some detail information

By default the map is enabled with drill down. So when you click on any region, the region code, region name and the value is passed to the child widgets via the map’s channel. Rest of the drilling behaviour is very same as other widgets

With the above information you should be ready to get started with building your first cloropleth with infocaptor.

Here are the list of maps provided in this release

Data Visualizer and Dashboard Application
40% Off Get it Now
SALE
This is the best dashboard software for its price. One good thing we did was to hire their consulting services to build few dashboard prototypes and provide some quick dashboard training.
- Terry Seal, IL
We evaluated Xcelsius and Qlikview and the cost for organization to implement dashboards was quoted over 10,000 USD. For fraction of the above quoted price, we were able to buy the licenses for the web based dashboard software and get some free training. This is truly a dashboard software for small businesses like us.
IT Manager of a Trucking company, OH
PrevVeteran Suicide Rates : Visualization using maps
NextHow to improve dashboard refresh performanceNext
Build your Dashboard now